When Prince Harry and Meghan Markle stepped down from their roles as senior members of the royal family, insiders expressed concerns about how these two would support themselves as private citizens.

It may sound like an absurd question to ask about one of the world’s most famous couples, but notoriety does not always translate to wealth.

And while Harry and Meghan are very well off, they’re not sitting on the kind of wealth that would allow them to live comfortably for the rest of their lives with no income.

In fact, your Buffetts and Bezoses would probably leap from the nearest tall building if they woke to find that their net worths had plummeted to the level of Harry’s or Meghan’s. Yes, Harry is a member of one of the world’s most famous and influential families.

But it’s not as if the royals produce anything of value or own any priceless patents. Power and influence can take you far, but neither puts food on the table on its own. And while many have applauded the Duke and Duchess of Sussex for cutting ties with the royals and moving to America, Harry and Meghan inarguably carry less clout now than they did just a few months ago. Fortunately, it’s not like their bank accounts will be running dry anytime soon.

Harry’s net worth is estimated at roughly $25 million, Meghan’s at $5 million. Again, those are considerable sums, but it’s not “never work again money” — at least not when you’re accustomed to the very finest things in life, like these two are. Meghan’s money comes mostly from what she earned and saved during her days as an actress and influencer. 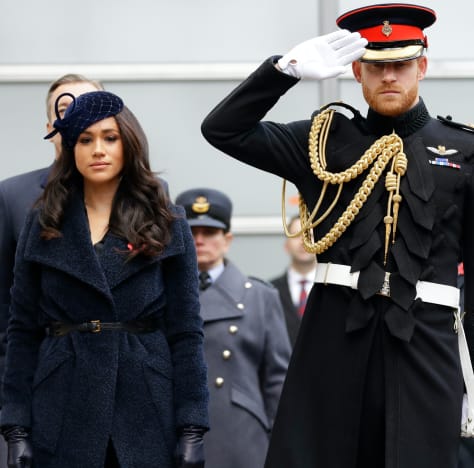 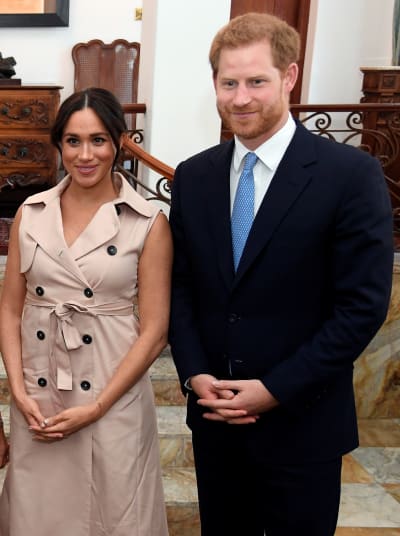 She pulled in $450,000 annually for most of the seven seasons she appeared on the legal drama Suits. During that time, she also landed some six-figure film roles, and she earned additional income from her high-end women’s fashion line at Montreal-based clothing store Reitman’s.

Harry’s cash comes primarily from an inheritance from his late mother, Princess Diana, as well as a salary he receives from his father, Prince Charles.

It may sound like the Sussexes are set for life, but the $30 million isn’t all that much money when you’re talking about supporting three people — Harry, Meghan, and baby Archie — for the next several decades.

How Much is Meghan Markle Worth?

This is especially true when two of those three people are used to a certain lifestyle. Plus, big money is often accompanied by big expenses, and that is certainly the case for Meghan and Harry. Insiders have speculated that the couple might owe the UK government as much as $6 million for renovations to their living spaces at Frogmore Cottage, as well as other expenses accrued during their time as royals.

Fortunately, it seems that Meghan is eager to get back to work and start earning again.Just months after she and Harry cut ties with the royals, Meghan narrated a documentary about elephants for Disney.And it will likely be the first of several lucrative collaborations between the Duchess and the world’s largest entertainment brand.Of course, it’s important to note that Harry and Meghan have structured their lives and their relationship around the radical idea that there are more important things in life than money.

These days, the couple is focused on their Archewell charitable organization. The official roll-out has been delayed due to the coronavirus, but the Sussexes have been keeping busy in the meantime, At the height of pandemic, they handed out food and other essential items to their neighbors.

Earlier this week, they volunteered with Homeboy Industries, a community social justice organization working to improve the lives of former gang members. Harry and Meghan knew that they were giving up certain luxuries when they walked away from royal life. But it sounds like they were correct in their belief that they would discover something even more valuable on their own.

It may seem absurd that three months after Meghan Markle and Prince Harry stepped down as senior members of the royal family, the cause of the couple’s decision is still such a widely-debated topic. Of course, it’s worth remembering that their move was almost unprecedented, and the royals will likely be feeling the ramifications for years to come.

So in a way, the fascination is fully justified. Some say the British media’s relentless bullying of Meghan was the primary motive behind the Sussexes’ relocation to America. Others insist that Meghan may have been able to endure the obvious prejudice of the press — if she had received any support from her regal in-laws. In all likelihood, it was a combination of factors. But diehard Meghan supporters certainly aren’t letting the royals forget the role they played in her decision to step away from the spotlight.

Last week, the tables were turned when British media outlets accused Meghan fans of bullying Kate Middleton during the Duchess of Cambridge’s video address to a group of schoolchildren. And this week, it was Prince Charles’ turn. Charles has been accused of actively opposing his son’s marriage to Meghan. Others claim he wasn’t so aggressive in his villainy, but that he merely stood idly by while the British press attacked Meghan on a daily base.

Either way, Charles is less popular than ever these days — which is really saying something — and the public isn’t letting him forget it. On Wednesday, Charles delivered a video address to commemorate Windrush Day, a British holiday commemorating the arrival of early Afro-Carribbean settlers in the UK. Charles opined that the day serves as a reminder that the “diversity of our society is its greatest strength and gives us so much to celebrate.” Many commenters were quick to point out his hypocrisy.

They noted that Meghan was “as diverse as the Royal Family will ever get,” and he played a hand in driving her away. ”Shame on him for real. He did nothing to protect his daughter in law….as diverse as they come,” one commenter wrote. “Given their history, they should have gone out of their way to hug-up and protect Meghan Markle,” another pointed out. “She is as diverse as they will ever get. Now they look as out of touch and ’un-woke’ as ever.”

They noted that Meghan was “as diverse as the Royal Family will ever get,” and he played a hand in driving her away.”Shame on him for real. He did nothing to protect his daughter in law….as diverse as they come,” one commenter wrote.“Given their history, they should have gone out of their way to hug-up and protect Meghan Markle,” another pointed out.”She is as diverse as they will ever get. Now they look as out of touch and ’un-woke’ as ever.”

“This from the man who sat back and watched his own daughter-in-law get racially bullied & did absolutely nothing to support her,” a third critic pointed out. “Gosh. Maybe someday a member of the royal family will marry a beautiful, accomplished African American person,” wrote a fourth. “Then the family can unite around this person with love and support when they are victimised by racists. Oh wait…”

Charles must have anticipated such remarks when he specifically praised the contributions of Black Britons: “Today, as we honour the legacy of the Windrush generation and the invaluable contribution of black people in Britain, I dearly hope that we can continue to listen to each other’s stories and to learn from one another,” he said at one point. Of course, actions speak louder than words, and even if Charles’ greatest crime was not standing up for Meghan, he still failed his daughter-in-law and allowed her to become a victim of racial prejudice.